How to buy a franchise properly 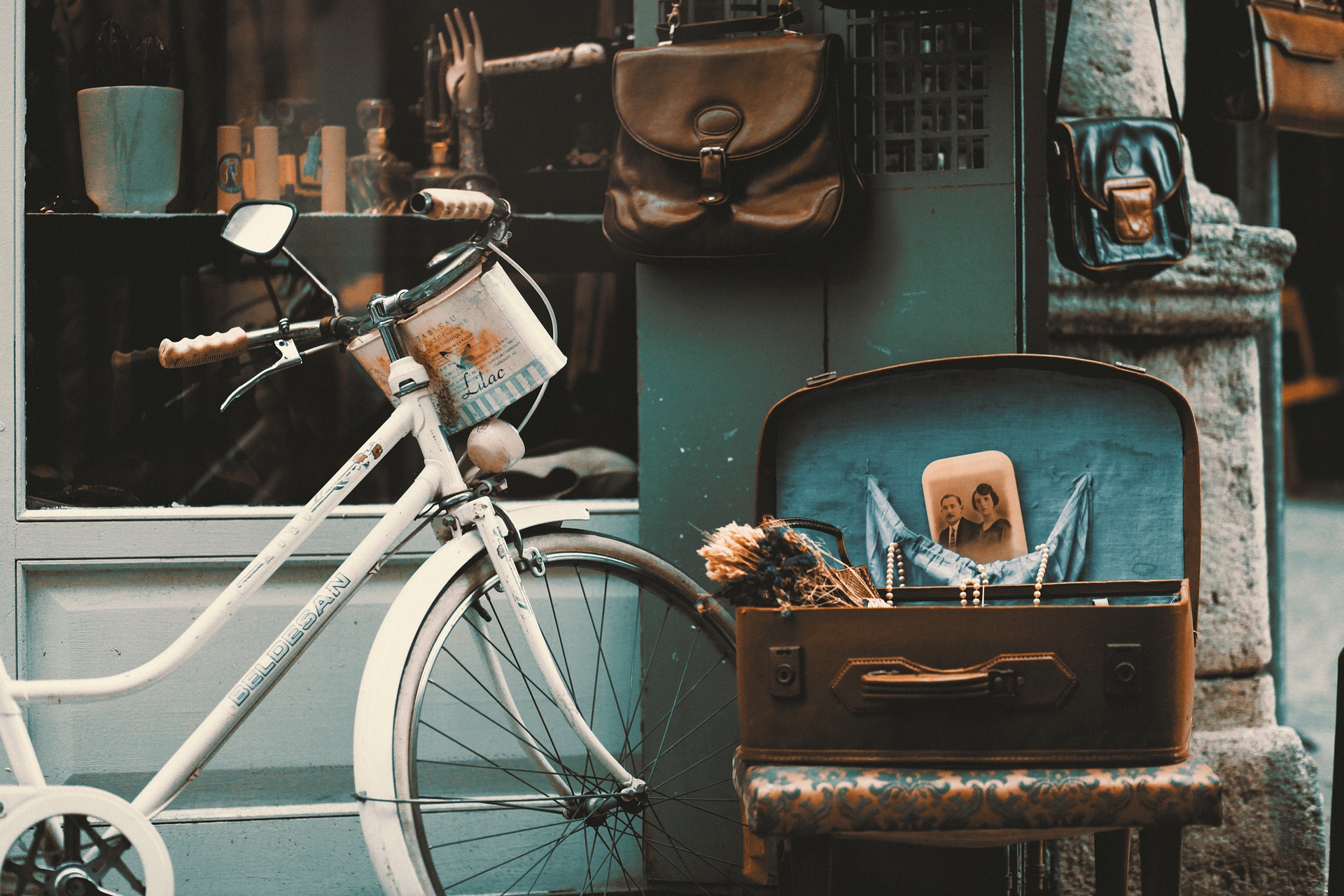 How to buy a franchise properly

So, a franchise. I think most people know what this term means. Briefly, franchising or a franchise is a model of business when a franchiser (an owner of the business, a trademark right holder) grants a franchisee (a user) a right to use a complex of objects of exclusive rights belonging to him including the trademark for a fee.

In other words, a franchisee gets an opportunity to use someone’s successful scheme of business for a fee. Basically, other things being equal, such business model is beneficial both for a franchiser and for a franchisee.

Franchiser benefit is obvious – he expands his business at the expense of independent investors, makes his brand more recognizable, gets an extra cash flow.

This scheme is rather attractive for a franchisee for several reasons. First, he purchases a working successful solution. Second, he saves money as he doesn’t need to promote the brand and search for loyal clients.

This is theoretically perfect.

In practice, a wrong choice of a franchise, a light-minded approach to documenting relationship with a franchiser can end badly for a franchisee as a weaker party of the relationship.

To be on the safe side, one should clearly understand franchising is not always a guarantee of success. Second, this is a business model when the independence of an entrepreneur is quite limited.

In this case, franchisee’s freedom is restricted by control and pressure of a franchiser.  This includes a necessity to strictly follow different mandatory requirements of a franchiser relating premises, a design thereof, product line, suppliers, quality of products, an order of rendering services to clients, etc. Numerous binding requirements are the reason a model of franchising does not fit for everyone.

About choosing a franchise

One should choose a franchise based on his own interests, purposes, principles and preferences. As they say, tastes differ. The one thing that should be taken into account is that franchises have their peculiarities in different fields of business.

So, when selling clothes in franchising, it is often enough to pay a lump fee only (an original payment to a franchiser or cost of the joining), without further payment of a royalty (regular payments to a franchiser for the right to use a complex of objects of exclusive rights).

At first sight, the scheme is very attractive.

But don’t flatter yourself too much: in this case, the lump fee is much higher than a lump fee in the scheme involving royalty. Usually, in these cases, franchisers compensate for the absence of royalty with a franchisee’s obligation to purchase goods from them or from the persons they specify.

In this case, a margin on goods for a franchisee is higher than an average royalty (about 8%). And a single payment of a lump fee without regular payments of royalty to a franchiser result in the franchiser losing interest in your business after he sells a franchise.

That is why one should not count on further support, consultations and maintenance.

Before buying a franchise one should remember about such basic hygiene practices  as collection of information about a franchiser, his products, registered trademark, financial indices of his business, an average payback period of a business started in this franchising, a term of a franchise and, of course, cost of a franchise (a lump fee and royalty).

You can get all this information asking a franchiser but it is better to use other sources of information as well. One should check the franchise in the Internet, read comments of the clients, contact other franchisees (one can ask the franchiser for their contacts or find them at the company’s website), assess and analyze their feedback, match with the information provided by the franchiser, look at financial statements, at judicial disputes.

Franchisers often provide potential franchisees with different business plans, opening plans, etc. We don’t recommend you to choose a franchise on the basis of the data from business plans only as they usually contain a guarantee of success and excellent franchising figures. It is better to rely on the information provided by the franchises who have been already working in this franchising or on the results of one’s own planning and foreseeing.

Then we want to draw your attention to some formal but important moments that is to document relationship between the parties when buying a franchise.

At first, it should be noted that the terms “franchise” and “franchising contract” are not legally stipulated by the Russian law. The similar relationship is governed by the norms of Chapter 54 of the Civil Code of the Russian Federation that describes an agreement of commercial concession. Commercial concession in Russia and franchising abroad are very close mechanisms but they are not identical.

So, those who are documenting the relationship with a franchiser should remember Chapter 54 of the Civil Code of the Russian Federation.

This will make it possible to separate between original franchising packages and pseudofranchises.

However, for the benefit of a franchisee, it is better to enter into the commercial concession agreement and not any other one. First of all, it is necessary to protect the rights of a franchisee as a weaker party of the relationship. Any franchisee wants a franchiser to provide him with organizational and technical maintenance, consultations, support not only on paper but in reality.

This is only possible with the commercial concession agreement as it binds a franchiser to provide transferring of technical, commercial documents, other useful information, and train a user (a franchisee) and his employees. Even if these obligations of a franchiser are not stipulated by the agreement, specific imperative legal norms will save you.

One should make sure the subject of the agreement has a provision on granting the rights to use a trademark indicating a registration number and a priority date, otherwise, the contract is deemed not concluded, Rospatent will deny registration thereof.

Sometimes one can offer you to enter into “an agreement granting rights” disguised as an agreement of commercial concession. Under this kind of agreement, a franchisee is granted the right to use technology developed by a franchiser, commercial designation, know-how and other objects except for a trademark.

This agreement is not the commercial concession agreement as it is defined in the Civil Code of the Russian Federation. Further, in case of franchiser’s violation of the agreement’s terms, a franchisee may have troubles receiving all the regular payments made under the agreement. One way to have the money back is to try to qualify the agreement as the commercial concession agreement based on common intentions of the parties. Then one needs to prove the agreement invalid that is negligible (as it doesn’t comply with paragraph 2 of Article 1028 of the Civil Code of the Russian Federation – a term of registrations of the agreement with Rospatent) and claim against application of the negligible deal consequences. However, the court does not always share this position.

In one case the court refused to invalidate the commercial concession agreement saying that paragraph 2 of Article 1028 of the Civil Code of the Russian Federation only covers and can be applied to an agreement of commercial concession only. Since the disputable agreement is not of this kind, then regardless of legal nature thereof it cannot be proven negligible for the reason of no registration with Rospatent (A ruling of the Federal Court of the Far East district of November 30, 2012 in case А51-4947/2012).

When the right to use a trademark is granted under the commercial concession agreement, one should pay attention to classes in relation to which the trademark is registered. One should check if they are consistent with the kinds of services provision of which implies using of a trademark in franchising. If they are inconsistent, then the contract concluded will not be qualified as the commercial concession agreement.

About limitation of rights of the parties

The important terms of the commercial concession agreement that should be noted are the terms regarding the limitation of rights. Violation of these terms usually results in a serious contract liability.

We mean the so-called terms regarding non-competition. A contract may bind a franchisee not to compete with a franchiser at certain territory and not to allow competition on behalf of affiliated persons. Some contracts stipulate a penalty for violation of this terms equal to a half of the lump fee, so this is for the benefit of a franchisee not to breach the term or lobby for setting out of a smaller penalty in the contract. A franchisee should not forget a contract shall include a corresponding obligation of a franchiser not to grant the rights to third persons under the contract at the territory specified by the franchisee.

About a franchise term

A franchise term is a key sign of a franchise and a term of a contract.  It should be said that the more the term is, the more attractive and beneficial the franchising package is for a franchisee. It is obvious a franchisee should not even consider franchising offers for one year. Most of franchises have a term of five years. Given into account the payback period and investments, franchises for 10 years and more are the most beneficial option.

The reasons for termination of a franchise

It is reasonable to provide for the terms of unilateral termination of a franchise (termination of a contract). If the contract specifies appropriate reasons and circumstances that will make it possible to reduce negative consequences it will be beneficial for both parties of the contract.

To conclude we want to mention one more time that before starting a business in franchising one should rely not only on the indices promised by business plans of a franchise and guarantees of its success but also on one’s own experience, forecast, feedback from existing participants of the system. Correct and properly developed documentation of the relationship between the parties can make it possible to reduce the risks for a franchise and guarantee the success of a franchise to a large extent.