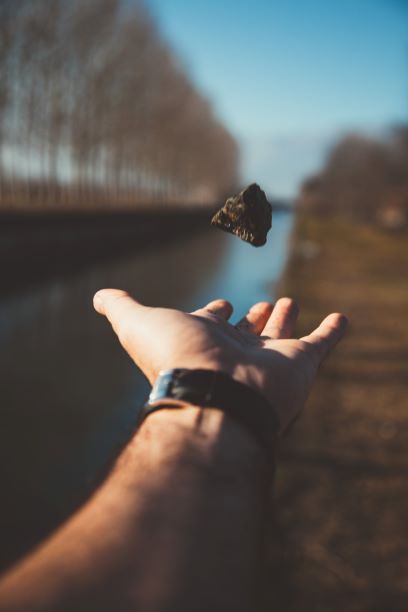 The term and signs of corporate insolvency

The Federal Law of October 22, 2002 No. 127-FZ “On insolvency (bankruptcy)” is the main legislative act regulating insolvency issues. This is the main source of normative information on all procedures, signs and consequences of insolvency. The law defines insolvency as follows: it is the arbitrary court’s decision by that a legal entity is incapable of following the requirements on monetary liabilities in full, on payment ofretirement benefits or wages or of performing mandatory payment obligations. Any variety of obligation may become an independent ground to start an insolvency process against a company. The first characteristic of insolvency lies in the term – specific debts in case of which a legal entity can be considered insolvent. The second important sign – not every delay in meeting monetary obligations proves the company to be insolvent but only the one that exceeds three months since the obligations should have been met. A company may file for insolvency with respect to itself or its creditors may do the same.  Meanwhile, a head of the non-payer is obliged to file for insolvency under the following circumstances:

· settlement of the debt against a certain creditor will make it impossible to meet the obligations towards the rest of the creditors;

· the managing body of a legal entity authorized by the founding documents or by the owner of the debtor’s property – a unitary enterprise – took a decision on filing such a claim;

· foreclosure on the non-payer’s property will make his further economic activities difficult or impossible to maintain;

· a debtor matches the terms of insolvency or insufficiency of property;

· a debt on wages or retirement benefits towards the employees is more than three months.

Cases on corporate insolvency are complicated and have many stages. The law provides for 4 main procedures of insolvency: observation, financial rehabilitation, external management and insolvency proceedings. The insolvency case can also be closed through a peaceful agreement. Each stage consists of many actual and legal actions of insolvency officer, the legal entity and creditors. Very rarely the cases on insolvency go through all of the stages. Most of the cases on insolvency include procedures of observation and insolvency proceedings without a necessity and possibility to introduce other procedures. Each insolvency stage is introduced by the ruling of the arbitrary court based on the decision of the creditors meeting – after the court analyzes certain circumstances and it causes specific legal consequences.  Let’s consider each stage step by step.

Observation is introduced by the arbitrary court after it considers an insolvency claim – in the case of approved signs of insolvency. The debtor’s head and other managing bodies keep performing their functions. However, a temporary administrator approved by the court is the main character in this procedure. He is responsible for providing safety of the legal entity’s property, analyzing its financial status, determining debt-holders, forming of a register of their demands, convening and holding the first creditors meeting. The following observation consequences deserve to be mentioned:

· All financial claims against a non-payer (except for current payments) can be filed only within the case on insolvency. Proceedings on existing cases devoted to the financial assets seizure may be suspended upon the creditor’s request;

· Enforcement proceedings are suspended, arrests and other restrictions relating the debtor’s property are removed except for a few cases;

· Allocation of a share in the debtor’s assets is not allowed in case of a member’s withdrawal, as well as payment of an actual value of the share, purchase of outstanding shares by the debtor;

· Counterclaims are not eligible if an order of the debts settlement is disrupted;

· Confiscation of the property by the unitary company’s owner is not allowed;

· Payment of dividends, income on shares, distribution of the profits among the members is not allowed;

· Financial sanctions for nonperformance of monetary obligations are not imposed;

· Making deals on the assets alienation which carrying amount is more than 5% of the cost of a non-payer’s assets requires a consent of a temporary administrator;

· A temporary administrator’s consent is necessary to make deals on receiving and giving loans (credits), giving guarantees, assignment of rights of demand, the debt transition as well as of the debtor’s assets trust management.

· Managing bodies are not entitled to take decisions on restructuring and liquidating a debtor, establishment of legal entities or participation of a non-payer in other legal entities, the foundation of subsidiaries and representative offices. The main purpose of observation is to analyze financial status of a legal entity to determine possibility/impossibility to recover its solvency and state if the assets owned by the debtor is sufficient to cover expenses relating an insolvency case and make a register of debt-holders demands. Based on the information provided, the first creditors meeting takes a decision on the transition to any of the following insolvency procedures.

It is used to rehabilitate solvency of a legal entity and is implemented under a special plan of financial rehabilitation. The plan shall include justification of a possibility to meet creditors’ demands according to the debt settlement schedule. The schedule shall be signed by the debtor’s members and approved by the arbitrary court. The schedule shall provide for the settlement of all the obligations at least one month before the date of the rehabilitation competition and according to the requirement of the first and the second priorities – at least 6 months since the procedure date. An insolvency officer is called an administrator in this procedure. His duty is to control following the plan and the schedule. Legal restrictions and consequences of financial rehabilitation are similar to the observation procedure and they are almost mirrored. There are some extra restrictions on the deals: without an administrator’s consent it is impossible to make deals resulting in increase of accounts payable by more than five per cent of the demands under the creditors register; deals associated with purchase or alienation of the assets of the legal entity except for finished goods in the process of ordinary economic activities of the debtor. Interests on monetary obligations included in the debt settlement schedule are charged at refinancing rate. If following the financial rehabilitation there is no unsettled debt, the court will dismiss the case on insolvency. If creditors’ demands haven’t been met in full, the court will introduce one of the following procedures.

• the powers of the leader and managing bodies of the non-payer are terminated, an external manager manages the company;

• a moratorium on settlement of monetary obligations is declared.

A final stage of insolvency. When a legal entity is declared to be insolvent, it means the start of insolvency proceedings. The register of debt-holders’ demands is no longer made, all the demands that were deemed justified but received behind schedule are left “beyond the register”, that is considered to be subject to payment after the settlement with persons whose demands are included into the register. The debtor has only one current account. A liquidator shall provide the stock-taking of the non-payer’s property assessment thereof, sell the non-payer’s property with the help of trading mechanisms. All the debtor’s assets revealed for the moment of the proceedings get into the insolvency assets. The obligations shall be settled in order by the money earned after selling of the property: current payments, first priority payments (under obligations on compensation for harm to the life and health), second priority payments (settlement with employees and authors of intellectual property results), third priority payments (all remaining payments). It is another case with the persons whose demands are secured with the debtor’s pledging assets. If the money earned by selling of the property is not sufficient to settle with the creditors in full, the debts shall be deemed settled. Based on the liquidator’s report, the court shall have the ruling on the insolvency proceedings completion and the legal entity liquidation.